What a week it has been!

It is only halfway through FIDe Fashion Week (www.fidefashionweeks.com) in Singapore and already my head is buzzing with all the runway shows I have been to, celebrities that I have spotted and people that I have met in the fashion industry. For me, the best part of going to this event is to network and meet people in the industry and of course, to see some amazing fashion!

The shows that I have been to this week are : Pierre Balmain and Bread & Butter (on opening night), Porsche Design, Anne Fontaine, and MCM (Mode Creation Munich).

My favourite show so far has been the highly anticipated MCM show. MCM is a South Korean luxury brand which carries clothing, leather bags and footwear. The MCM show co-incided with the opening of its first store in Singapore at Marina Bay Sands and South Korean pop superstar, Rain was invited to attend the opening of the store and the runway show. It was a spectacular event with a ballroom gala dinner being held pre-show for celebrities and VIPs.  I attended the runway show and was thrilled to have had the pleasure of being invited to attend the show. The MCM show was high in energy with a live DJ pumping out the music for the runway show. The collection was rich in bright floral colours that featured not only on the clothing but also on the leather goods (bags) and shoes. The show finished off with a trio of male dancers that captivated the crowd. Here are some pictures that I captured from the MCM show: 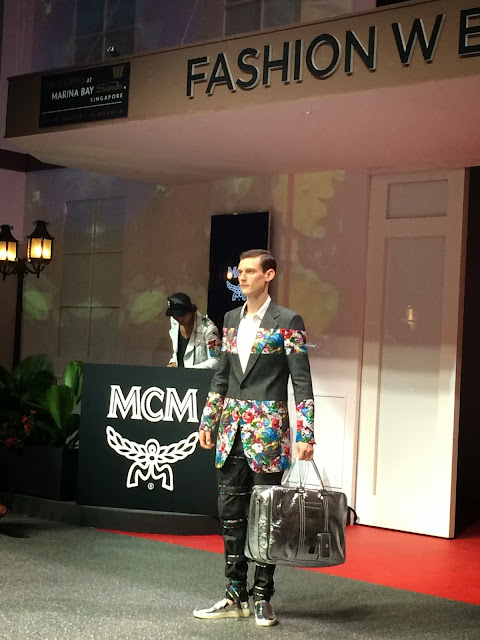 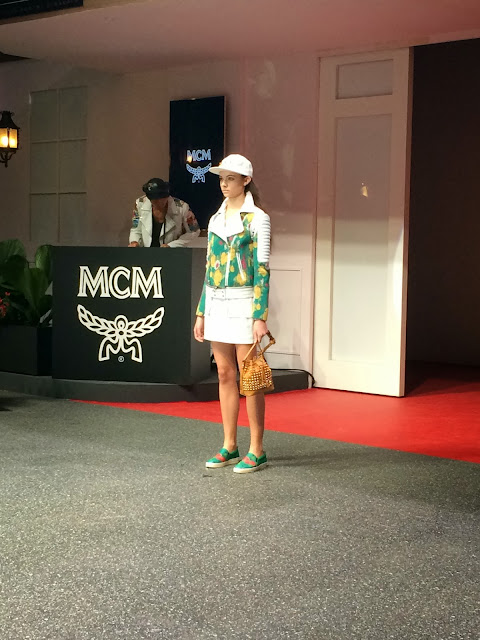 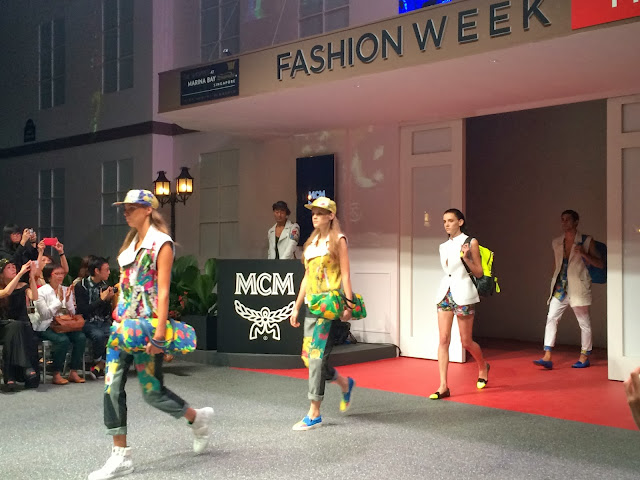 I also thoroughly enjoyed the Pierre Balmain and Anne Fontaine runway shows that I had the pleasure of attending.

Here are some pictures that I captured of the Pierre Balmain and Anne Fontaine shows.